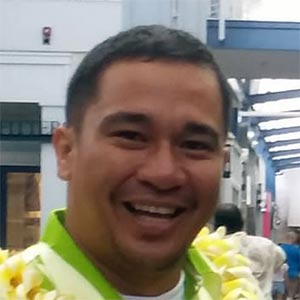 Born and raised in Kane‘ohe, Hawai‘i, Konapiliahi Lau attended and graduated from Kamehameha Schools. He began listening to the steel guitar at age 3, and began steel playing when he was in the 7th grade.

Kona is also a member of Maui Jam Band. When he's not playing music, he's a seafood clerk at Safeway. He loves to collect vinyl records, specializing in Hawaiian and authentic Reggae and music older than he is. He loves bodysurfing, diving and fishing.

Copyright ©2022 by Hawaii Institute for Music Enrichment and Learning Experiences, Inc., and Cyberventures Unlimited.Terms of Use