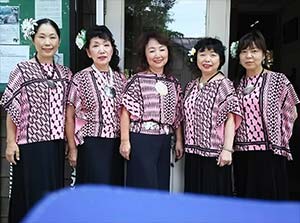 Makana is a Japanese all female band that specializes in Hawaiian music with beautiful harmony. The band was founded in 2015, and all of the band belong to AkakaClub, a fan club of steel guitarist Alan Akaka. Makana includes a Hawaiian steel guitar, guitar, ukulele and bass.

Makana's leader is Masami Sato, a Hawaiian singer who received the "Best Foreign Hawaiian Singer At Hawaiian Music" award. She produces Hawaiian concerts in Japan several times a year and is the proprietor of Aloha Station, a Hawaiian restaurant founded in 1997 featuring live entertainment.