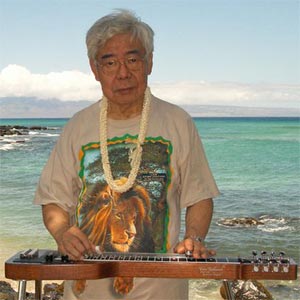 Lion's ambition is to build a steel guitar orchestra. His orchestra made its first appearance at the 2014 Maui Steel Guitar Festival and repeats again this year, with six of his steel guitar students and two 'ukulele students accompanying him to this year's festival.