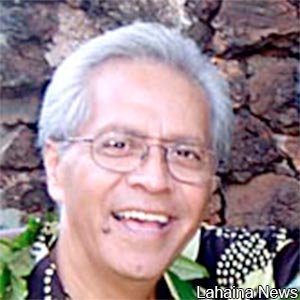 Dr. Samuel Ako started playing music professionally at the age of 13 for the Jack McCoy Show in Honolulu. Prior to his professional career, he led his high school band, the John Russell 5, through a genre of rock and roll, R&B and jazz.

His love for music started at a very young age with a natural skill and talent to teach himself music theory and instruments ranging from upright and electric bass, ukulele, and steel, acoustic and electric guitar. By far his favorite instrument is keyboards. He has also been part of local legendary groups, such as the Brothers Cazimero, Genoa Keawe, Paradise Serenaders and the Royal Lahaina Luau band. His passion for music has taken him around the world to perform in Japan, Europe and the Disney Company before starting his own luau at the Sheraton Maui, which successfully operated for ten years.

He is currently the cultural advisor and director of music for Kaanapali Beach Hotel by day and the music director for the Old Lahaina Luau at night.